There are places where unexpected things happen sometimes, but others where surprises are daily: one of these places is our favorite dungeon called "La Tribu" at Muriedas, where, last Saturday, an unparalleled night for all those who love Metal music occurred. Well, a bit earlier, my steps brought me to this place, a Saturday just like any other one, maybe as a sing of destiny, to get there to listen to the French Heavy Metal Band “Side Winder”, coming to play for the second time at "La Tribu". After some discussions with the musicians on various topics, the concert began with "Hard Attack", a song that has its own official video clip. From this moment, we’ve been able to realize that their influences came from major references such as Manowar, Helloween or Iron Maiden, the Iron Lady being their strongest influence in their inspiration. But, the most important thing is that they played their own style, Side Winder is not just a pale copy of those bands, they add their own personal touch to create a unique and catchy sound. It didn’t take long form them to drive the audience to sing with them, and they quickly get strong feedbacks. They spend their time leaving the stage walking the entire place around, turning atmosphere to hurricane storm.

The songs follow each other, in a mean time the heat can’t stop rising up, passing from "Side Winder", title that gives its name to the band, to "Son of Seth" one of the catchiest songs, and definitely our favorite one. And then ... The absolute chaos occured ... and in a few second, an unforgettable show that could only happen at "La Tribu" was set up.

A confused and agitated moment, so I don’t really remember the order of all things that occurs. And all of this in a blink of an eye!

Anyway, here is what I’m able to remember : First, Fran (guardian of the dungeon) walked on stage taking Guillaume Vialard (guitar player) ‘ s Guitar, it didn’t take long for him to end up playing in the air carried by two regulars that rushed on stage to put him on their shoulders while he was playing. Then Fred Favre (bass player and singer of the band), leaved the stage to go playing among the crowd (and sometime also behind the bar!) allowing each spectator & barmaid to participate the show by indicating the bass strings to touch to carry on the rhythm of the music. Then … Chus another regular at the venue ended up on stage with Fred's bass guitar (obviously with his permission), while Fred, after a short break, went back on stage to replace Chris Dagnet on drums. All along, Thib Depont, the other guitar player, gave it all. And after the chaos ... the concert continued!!

During "Chapter one", Philippe Pelosi, a friend of the band, was invited to replace Fred on bass guitar, showing us his dexterity. Then, THE last song: "The Last Hope", ..., well, rather the one that was supposed to be the last one !!! Because once the show finished, they gave us an extra, which of course could only be a cover of "The Trooper" (Iron Maiden). Finlay, the show was over ... No? At least, we all thought so, since a few hours later, they went back on stage, offering us a mini-bis of 4 of the songs already played, ending for real the show, but not the party ... So having spent a night with joy and euphoria, that I can only summarize as an epic one, but also with the sadness of having to say goodbye to great phenomena, as much as musicians & as people, I went back home after one of my best nights. Fortunately, the Band should be back in the end of this year, between October and December, so, we should be able to enjoy their company again... Greetings from your friend and neighbor: Barry http://www.insonoro.com/cronica/4084/side-winder 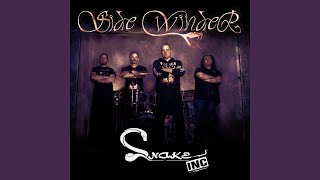 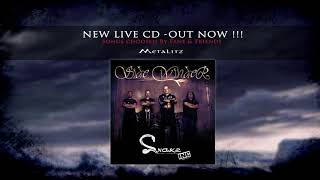 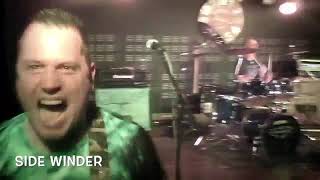